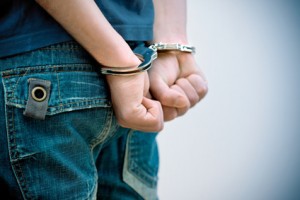 One of your worst nightmares has come true, and you’re in a little bit of trouble. You’ve been charged with a criminal act. What do you do next? You might contemplate the choice between defending yourself in a court of law or hiring a criminal defense lawyer. If you choose the former option, you could be sidestepped from speaking with the judge or prosecutor one on one, thereby reducing your chances of a positive outcome immeasurably. Is hiring a criminal defense lawyer the better option for you? In what kind of cases can they help, and is it really worth the steep cost?

First of all, it depends on the type of crime you’ve been charged with and how the charges are applied where you live. If you’ve been charged with possession of marijuana or something similarly minor, then the judge sees a dozen cases just like yours every day and the sentencing is therefore routine and usually uniform. That means a criminal defense lawyer isn’t going to perform any magic to get you off the hook. You’ll still want to consult with a lawyer just so you know what to expect while you’re waiting your turn in court, but chances are that lawyer will let you know that it’s okay to proceed on your own if you choose to do so.

You really do need to hire a criminal defense lawyer when you’ve been charged with a more serious crime. If you were charged with breaking and entering, grand theft, assault, or murder, then these are serious charges that can and will follow you around for the rest of your life. They can affect the types of jobs available to you in the future, and you’ll kick yourself later if you don’t make the right choices now. If you decide to plead guilty, for example, then you’ll have to spend an arm and a leg to reopen the case later when the full scope of the consequences finally unveils itself to you later down the road. If you plead not guilty, then you could end up slammed with additional charges and harsher sentences when you’re in court. These are all obvious consequences that you’ll want to avoid.

When you hire an attorney, you know you’re getting an ally who wants you to win. If you win, their reputation is strengthened. If you lose, then the attorney loses as well. You can also get a free consult during which you’ll always be told exactly what to expect from your defense counsel. You’ll learn more about how the prosecution is likely to try your case depending on the details you may have missed on your own.

Because the laymen don’t know the ins and outs of the law, they fall into traps when they try to defend themselves. Just because you’ve been charged with third-degree assault doesn’t mean an overzealous prosecutor won’t tag you with an additional charge or bump up the previous charge to second-degree assault instead–a more serious crime with stiffer penalties. They’re more likely to play ball with you if you play by the rules. Unfortunately, the legal system as requires you to pay up in order to find the best outcome. What you do is ultimately up to you, but in most cases, there is only one right choice: invest in legal counsel to vigorously represent your case.