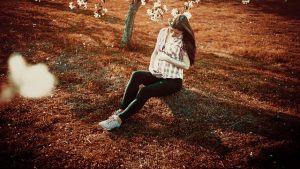 Things have definitely changed for most women in the workforce over the last few decades. Having said that, women still face a number of employment-related issues which men simply don’t, according to NJ Employment Attorneys. One of them is pregnancy, which is a situation that only women wind up dealing with in their workplaces. Women to this day worry about how to break the news of their pregnancy to a current employer, finding employment when pregnant, taking leave following the birth of a baby, and if they will even have a job to come back to after that leave. One common question women have in terms of all this if they can be fired for telling or not telling their employer they are pregnant.

The short answer to this question is no, an employer cannot legally fire you for pregnancy in nearly every case. This is forbidden by federal law and is then protected again by state and municipal laws, statutes, and regulations. Given the myriad combinations of laws, your own rights will vary based on where you live, but you do have them. That’s not to say an employer won’t fire you or attempt to do so, but they’re not legally allowed to do it in an overwhelming majority of cases.

Even so, making the decision of when and exactly how you tell an employer you are pregnant never proves to be easy. It’s a mishmash of both professional and personal considerations as you make the call. Women quite commonly choose not to disclose their pregnancy to anyone at all until such time that the first trimester is over. This is a marked point of pregnancy where the chances of miscarriage go down dramatically. In terms of informing your boss, you might have concerns above and beyond that which factor into your decision. You might be concerned that you’ll get fired. Even if you’re not worried about losing your job, you might fear missing out on a promotion should you disclose your pregnancy. The odds of that happening are even better if you haven’t accumulated a lot of time at your current job. Fortunately, a growing body of laws prohibits employers from pregnancy discrimination. Still, there are potentially good reasons to tell your employer sooner rather than later in your pregnancy.

You can’t legally get fired for not telling your employer that you are pregnant, nor can you get fired for when you do tell them. Having said that, consider your own health and the health of your unborn baby when considering how to proceed. If you work in any kind of hazardous line of work, such as manufacturing plants or warehouses with caustic chemicals, or perhaps as a first responder, then you might want to let your employer know as soon as you can. Even doing work involving lifting heavy objects, like in a warehouse or part of a delivery service, can prove risky.