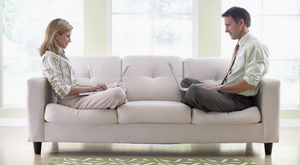 I agree with you on so much that I almost hesitate to keep this one going. However, I believe there is an important point to be made, which perhaps may be of benefit to the thinking processes of some. So here goes:

Certainly there are differences between men and women

But these differences are in tendency, not in moral capacity. The wages of sin is death for women as well as men, and God sends women and men to the same hell. That is the ultimate moral accountability. Men often have the power to so undermine the moral impulse in women that making the right choices is terribly hard, but God does not excuse women on that head, and men cannot protect women from accountability to God. (Likewise, women can undermine the moral impulse in men–but God doesn’t excuse men in this situation either, and He doesn’t want to hear that it was all the woman’s fault.) God has given both men and women the capacity to choose between good and evil. What we have lost sight of today is that we–men and women–need each other’s encouragement, affirmation, and goodwill to exercise our capacity to choose good. We’re not here to make and glorify invidious distinctions between ourselves–I’m strong and smart, you’re not; I’m kind and compassionate, you’re not–we’re here to cooperate. When men and women cooperate, the results are astounding.

I have no argument with male strength

It’s great!–but I do with the idea that strength is exclusively a male attribute. The way men display strength is largely, but not entirely, different from the way women display it. Vive la difference! But men make a terrible mistake when they concentrate solely on cultivating strength in young men, and insist that their distinction from women is precisely this. Life is far more worth living for all of us when women are responsible, honorable, morally courageous, diligent, enthusiastic, and worthy–all of which they have the capacity to be, if taught properly. Men need teaching to develop traits of strength also–they are just more likely to get such teaching from their parents, and particularly their fathers.

Dear friends, don’t neglect to teach your daughters honor! Teach them to make moral distinctions. Teach them right and wrong. Teach them the same things you would teach your sons: that strength is good, but it must be under discipline; that obedience is a choice, not an imposition, and it makes you fit for responsibility; that hard work and diligence pay off, and the easy way is a chimera that will make your life much harder later on; that leadership is service; that your word, once given, must be kept; that justice and fairness start with you, not with the state; that your are accountable for the things you do and the choices you make. Believe in your daughters as morally accountable people, instill high character in them, and you will reap rewards.

Natural man is generally violent, brutish, and irresponsible; natural woman is generally fey, whining, and irresponsible. But Rose Sayer said it best: “Nature, Mr Allnutt, is what we are put into this world to rise above.” It will do no good for your sons to rise above it if your daughters do not. The nanny state is inimical to the project of rising above nature in both sexes.

Well, two. First, what we call the nanny state–the intrusive state that officiously decides how much of our own reason and judgment we get to use–is a construct of men, is run by men, and has obtained in settled societies throughout much of history. The tendency to seek official capacity over others, and coerce them in small matters, is at least as well developed in men as it is in women.

Second, a political state is a bad thing that we need because we are evil. It is not a standard to aspire to, nor is it a lowest common denominator to live down to. It only becomes either when we, individually, allow it to. I think our Founding Fathers were far clearer on this than we are. The state’s power extends to critically discouraging us by seizing our wealth, but not to preventing us from being strong. Anyone who is waiting for the state to acknowledge his masculine strength would do well to turn off the TV and go be faithful to his wife, strong for his children, respectful to his parents, just with his neighbors, and uncompromising with evil. The state doesn’t acknowledge my strength either–the whole idea of state socialism is predicated on the assumption that I am weak and silly. But that doesn’t make me so.

There isn’t much support in our society for being strong enough to be accountable, and thereby to secure better outcomes in any endeavor. See the Enron fiasco. There is even less support for women than there is for men. Feminism, far from promoting strength in women, is just one long rant against the design of God that penalizes being weak and silly, whether you’re a man or a woman. (So, in fact, are Marxism and modern deconstructionism.) Feminism glorifies weakness and foolishness, which is why so many, many sensible women repudiate it.

There are sensible women out here, and we appreciate you. It’s hard for us to swim against the tide, and men don’t make it easier by assuming away the equal moral capacity we truly do have. We are worth the effort: educate us and expect the best of us; believe in us and acknowledge us when we do it right.

And believe in yourselves, gentlemen. Just Do It. You are here to be strong and to stand up for what is right. No polling result, editorializing, or empty-headed rhetoric can ever change that.