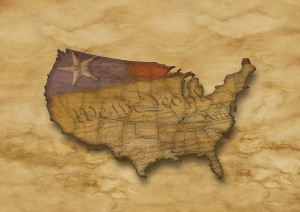 The Bill of Rights is the first 10 amendments to the United States Constitution. It was written by James Madison. He did so in response to the urging of a number of states among the original 13 for there to be more constitutional protections for the individual liberties of citizens. As such, the Bill of Rights establishes very specific prohibitions on the power of government. Madison was greatly influenced by the Virginia Declaration of Rights, which had previously been written by George Mason.

At the time of writing, there were not the political parties that dominate today’s politics. Instead, there were two schools of thought, the Federalists, and the Anti-Federalists. A big debate between these two factions was centered around the fact that the Constitution itself did not have a bill of rights that would put concrete limits on the power of government. Federalists were of the opinion that the Constitution being written had no need for a bill of rights, under the assumption that the states and the populace would keep any powers not specifically assigned or prescribed to the federal government. The group of Anti-Federalists at the time maintained their assertion that a bill of rights was indeed a necessity, in order to safeguard specific individual liberties.

Madison at the time was a member of the United States House of Representatives. He decided to go through the actual Constitution itself, making what he considered essential and appropriate changes. However, a number of other Representatives, headed up by Roger Sherman, objected to this. They claimed that Congress did not have the authority to alter the Constitution’s existing wording. As such, the changes Madison wanted to make were presented to everyone as a group of amendments, and that they would come after Article VII.