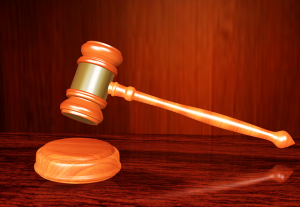 Spend enough time hanging out with people, and you’ll inevitably hear complaints about lawyers. Even though they’re not the rage they once were, you’ll also likely even hear some lawyer jokes. This profession gets a very bad reputation. Have you ever wondered though why this is the case? There are five factors driving this:

1) They protect and defend the guilty: Even when it’s obvious that someone might be a murderer or a rapist, a lawyer still comes along to sit by their side in court.

2) Many go on to be politicians: If you survey the five hundred and thirty-five members of Congress in any given term, you’ll find out that most of them have legal backgrounds.

3) They charge outrageous fees: Lawyers charge a lot of money, sometimes hundreds per hour, which is far more than most professions make.

4) They intimidate and embarrass people: If you watch television, you’ve likely seen dramas where a prosecutor or defense attorney goes into a climactic moment where they turn the story around by ‘destroying’ someone on the witness stand. Badgering people, sometimes including victims or the weak, makes them all look bad.

5) Some of them are ‘ambulance chasers’: A number of attorneys focus only on personal injury cases. You see their ads on television. Many have a reputation as capitalizing on the pain and suffering of people in order to profit.

For all the negativity associated with the profession, the simple truth is that lawyers are the glue that holds a civil society together and keeps America and other nations from being anarchist states or volatile, chaotic republics. On top of that, lawyers that do Innocence Project work or pro bono charity cases often stand up for those that can’t do it on their own, and many other lawyers constantly work to make the world a better place.