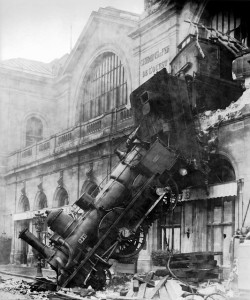 If you or a loved one has been involved in an accident involving mass transit, then you may be entitled to compensation for any physical and emotional trauma suffered as a result. Therefore, it is important you understand your rights as a citizen if this accident involved public transportation. Liability in such cases can be tricky, and it is possible that multiple parties can be at fault for the accident. Establishing fault is absolutely necessary, and can take time. While the facts are gathered by law enforcement and your legal representatives, this is what you should know.

First, not all mass transit accidents look alike. Here’s just one example of a complex situation that has developed many times throughout history: Maybe you were on a train that was derailed because the train operator fell asleep or accelerated too quickly during a sharp curve in the tracks. Maybe there was a subsequent explosion or someone was zapped because of a malfunction in the train’s mechanical or electrical systems because someone failed to make a necessary repair for a critical system.

In this case, more than one factor may have contributed to any injuries that resulted from the derailment. Yes, the train operator is directly at fault for the crash and can be held liable. Perhaps even local or state governments might also share the responsibility, however. If your lawyers can prove that the government operating the public transport was negligent when the operator was hired or trained, or if there was no background check conducted, then that government entity must also be held accountable.

If, as a result of the crash, an underlying mechanical or electrical problem caused more injuries than only the crash would have, then the likelihood that a third party contractor will be held at least partially liable increases substantially.

All of these factors play a role in determining who and how many people were at fault, and all of this may be taken into consideration when your case to recoup damages is levied against those responsible. Because of the nature of mass transit, it is likely that more than one person was injured, and so multiple parties may combine their resources to file a class action against those ultimately held accountable.

Because these cases can require patience on the part of those injured and are built on copious amounts of documentation and evidence gathered from multiple sources, it is strongly suggested that those involved in such accidents hire the services of an experienced personal injury attorney or law firm more able to make reliably good decisions on the behalf of their clients. The process from beginning and end can be stressful by itself, but when coupled with the already stressful physical and emotional trauma sustained from the accident itself, it can reach a boiling point. This is why it should come as a relief to most victims to have the extra guidance and help.