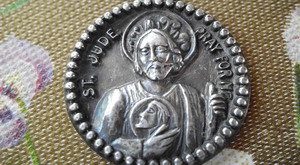 First, contrary to Mr. Lynn’s assertion, the addition of those two words to the Pledge does not in and of itself make it a “religious creed.” One can acknowledge the historical fact of America’s Christian heritage without necessarily professing belief in God. Mr. Sekulow said the words “under God” were added as “a tacit acknowledgment of that heritage, not any different than what’s in our Declaration of Independence, where it talks about relying on divine providence.” Mr. Lynn did not, could not, refute this. He changed the subject.

Second, the matter of “young school children, very impressionable” hearing the words “under God” in the Pledge is not the actual fulcrum of the argument. Yikes! They might actually believe some of that stuff! (The Supreme Court actually used this argument in Stone v Graham in 1980.) Mr. Lynn is using the old trick of claiming to be “protecting” children, but he’s really hiding behind them because his real argument is weak.

Mr. Sekulow was right; if Mr. Lynn’s position were to be held consistently, the words opening the sessions of the Supreme Court, as well as of Congress, and in the swearing in of the President (and the Bible his hand rode in on), must be considered unconstitutional.

However, even young, very impressionable children can gain from a quick reading of history, which shows the Founding Fathers invoked God regularly. After the Declaration of Independence, proceed to the records of the Constitutional Convention, where you’ll find endorsements of the relationship between God and government from Gouverneur Morris and James Wilson and a host of others. Read George Washington’s inaugural and farewell addresses, his letters and diaries. Read the letters and papers of John Adams and John Jay, Patrick Henry and John Witherspoon. James Madison and others who wrote and debated and approved the First Amendment also set up the congressional chaplains before the Bill of Rights was even formally adopted.

They saw no conflict, no contradiction, because they did not mean what Mr. Lynn and others of his ilk claim they meant. (Yes, Mr. Madison thought differently about some things later in life. But keep an eye on his words in his proposals for the First Amendment.)

They sought to prevent the federal establishment of a national religion, the favoring of one sect or denomination over another with the force of law. Yet the vast majority of them professed faith in Jesus Christ and they patterned our system of government from Biblical perspectives of life, law, and liberty.

Mr. Lynn’s complaint derailed when he asserted children are subject to “an affirmation every day that this is a nation under God, not under multiple gods, not under gods that care about the whole world, but that care about this country alone.” Which does Mr. Lynn find more objectionable? Historical faith? A particular monotheism? Polytheism? Revisionism? The public expression of one or more of these?

Or is it just the endorsement of God, whether direct or indirect, by some person or persons in some official setting, be it federal, state, county, city, community, school, or other association?

Does he actually think the words “under God” in the Pledge mean God cares only for America? If so, to paraphrase J.B. Phillips, his idea of God (or gods) is too small.

Everyone is free, especially in this country, to believe in God, false gods, or no god, but no one is free to change history, nor recast the context of the Constitution because he doesn’t like some part of either. If Mr. Lynn wants to propose an amendment to correct an oversight or error, he can do so. But he must do it right. (Uh-oh, there’s a presupposition lurking here. Right? What does that mean? Where did we get that idea?)

Third, Mr. Lynn said “the real conservative principle is to say government should be absolutely neutral, take no position on matters of whether God and the state have this relation.” Wrong on at least two counts.

My understanding of conservatism is that it is not merely maintenance, but a cultivation of what is known to be true and good, including the historical record, with respect to how this country was founded on principles based on God’s word. The Founders did not seek to make government “absolutely neutral” toward God.

In stark contrast, they repeatedly spoke and wrote for the strengthening of religion in public life, calling it vital, necessary, inseparably linked to the health of the nation, and specifically praised the God of the Bible. George Washington said in his farewell address, “Of all the dispositions and habits which lead to political prosperity, religion and morality are indispensable supports. In vain would that man claim the tribute of patriotism, who should labor to subvert these great pillars of human happiness.”

They sought to avoid another Church of England at the federal level, not God in government. Mr. Lynn later said, “if you want to be conservative, you want to be a strict constructionist, you have to realize when Congress makes a law that adds religious language to what used to be a secular statement, you’ve violated the First Amendment quintessentially.” Let us review the First Amendment:

“Congress shall make no law respecting an establishment of religion, or prohibiting the free exercise thereof; or abridging the freedom of speech, or of the press; or the right of the people peaceably to assemble, and to petition the government for a redress of grievances.”

I looked; I did not see the words “religious language” in there. If adding the words “under God” to the Pledge of Allegiance established a national religion, then I might understand Mr. Lynn’s position. However, if that did happen, then that means there was not a “national religion” prior to its being established in 1954. This conclusion does not fit with the documented history of our country.

See, for example, the House and Senate Judiciary Committee reports of 1853-1854, wherein one can read this: “It [religion] must be considered as the foundation on which the whole structure rests. …In this age there can be no substitute for Christianity; that, in its general principles, is the great conservative element on which we must rely for the purity and permanence of free institutions. That was the religion of the founders of the republic, and they expected it to remain the religion of their descendents.” (cited in David Barton, Original Intent: The Courts, the Constitution, and Religion, 1996 & 2000, pg 30) Mr. Sekulow was right again. The words acknowledged what was already true, historically, if not for every individual. In making his case, Mr. Lynn joins the crowd who for more than half a century have worked at taking words out of context, distorting their meanings, tearing at the roots of our republic.

In 1947, the first big Supreme Court case was handed down that turned the historical context of the Founders’ writings on its collective head. In Everson v Board of Education, the Supreme Court completely removed and ignored the context from the phrase “separation between church and state,” which, contrary to much common opinion, does not appear in the First Amendment.

The decision erected a wall to keep religion out of government, but the words were meant to keep government out of religion. (The decision also wrongly welded the Fourteenth Amendment to the First, effectively expanding the reach of the federal courts. Ninth Circuit, anyone?) The separation phrase was in a letter President Jefferson sent to a church group in Connecticut, whom he sought to reassure that the Federal Government would NOT interfere with religious practice, including public statements and displays. The letter of the Danbury Baptists and that of President Jefferson are in the public record, and the justices who wrote the majority opinion in Everson held a mistaken view of history. Mr. Lynn appears to agree with them rather than with the justices, presidents, and legislators over the previous 150 years. The obvious question is: why?

Fourth, Mr. Lynn alleged the words “under God” in the Pledge of Allegiance create “a crisis in that it makes us the kind of country that does not respect conscience, does not respect religious decisions.” This is outrageous coming from a man who wants to deny the freedom of religious expression and of speech to millions of people because a very few are not comfortable with two words. As Mr. Sekulow pointed out, there is no requirement to participate.

Just as there is no requirement to pray at a graduation ceremony, but because of one girl and her parents, millions of people are denied the freedom of religious expression and of speech due to the Supreme Court decision in Lee v Weisman (1992). Talk about not talking! How’s that for backward thinking?

If we were discussing the addition of two guillotines or two nooses or two sawed-off shotguns to a classroom, and were forcing children to move into harm’s way, I would appreciate the argument that the rights of one or the weak outweigh the mob or the strong.

But we are talking about two words with actual historically significant context when used in describing aspects of our flag and our nation, our system of government and way of life. Mr. Lynn wants to erase the words. And he says we have no respect for conscience or religious decisions!

Mr. Lynn said he is defending “a rule and a respect for law.” What does he suppose is the basis for our laws and the rule of law? Hint: As Chief Justice Warren Burger noted in Lynch v Donnelly, “The very chamber in which oral arguments on this case were heard is decorated with a notable and permanent – not seasonal – symbol of religion: Moses with the Ten Commandments.” Another hint, from then-Justice Rehnquist in his dissent in Stone v Graham: “It is equally undeniable, however, as the elected representatives of Kentucky determined, that the Ten Commandments have had a significant impact on the development of secular legal codes of the Western World. The trial court concluded that evidence submitted substantiated this determination.” (Barton, Original Intent, pg 171-172)

I have questions about some statements by Mr. Press, too. He ventured onto thin ice with his assertions that the original Pledge of Allegiance “expressed one thing. We love this country. We’re grateful to be here. We’re all proud to be Americans. We are not all united in our belief in God.” Really? Did/does everyone here love this country? No. Was/is everyone grateful? (To whom?) No. Was/is everyone proud to be American? No. We see more evidence of this now than we did 50 years ago. So his plea to have “something that unites us all,” i.e. without the words “under God,” is a bit hollow. Does he really think those words suggest or require “unity in our belief of God?”

If he thinks that way, he is mistaken. Or was he just practicing his spinning?

We must help people understand the significance and historical relevance of this issue, including the ways some people distract and dissemble from what our Constitution really means.

If the Ninth Circuit’s example of this nonsense is continued, students across the country may be barred from reciting the Declaration of Independence or the Gettysburg Address in school.

Several states (e.g. FL, NJ) have already experienced problems with bills regarding the Declaration. We need to stop this string of errors now.