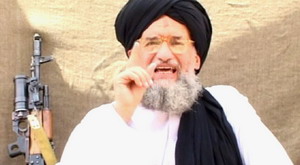 I read a commentary last week in which the author espoused the view that this is the first war in which not two, but THREE ideologies were competing: Western capitalism, European socialism, and Islamic fundamentalism. The point the author was trying to make is that ours is the only country in the world that espouses Western capitalism, and that capitalism in our country is by no means secure. In order to ultimately triumph, he argued, we need to first secure the values of Judeo-Christian capitalism in our own country first.

The author makes a fine point. The peaceniks in this country are following a philosophy of European socialism that serves to embolden Islamists around the world. When Saddam Hussein observes the peace marches in our country protesting war against his brutal regime, he perceives this as the cultural weakness on our part, which will ultimately enable him to prevail. After all, if we can be politically dissuaded from threat of force, he is similarly insulated from the consequences of his actions.

And if Saddam Hussein sees this lesson in our internal political landscape the Islamist terrorists have been learning this lesson as well.

Islamic socialists (Hussein) and Islamist fascists (e.g. Hezbollah, Al Qa’ida) are opposing factions within their own culture, and have been known to occasionally make war. What is often not properly appreciated, is the fact that Islamic socialism and Islamist fascism are simply opposing sides of the same ideological coin. For example, neither faction believes that women are due an equal partnership with men in society; Islamic nations of either faction are known to deny the freedom of women to walk unveiled in public, unescorted by a senior male relative. When during the Gulf War, our female pilots would travel from Prince Sultan Airbase in uniform, this stirred a controversy in Saudi Arabia, and it also created an enormous wave of resentment though out the Muslim world

The evidence strongly suggests that when it comes to the Great Satan (meaning us), Islamic socialists and Islamist fundamentalist are and have been willing to put aside their differences and work together as brothers in Islam. Certainly, there is an element within apocalyptic Islamic faith that makes it easy for such leaders to convince their masses that the leadership of the United States represents the ‘Dajjal’ or ‘anti-Christ.’ (2) And the natural response of such beliefs, as we have seen, has logically led to such events as the attempted WTC bombing in 1993, the attacks on our embassies in Africa (1998), the attack on the U.S.S. Cole (2000), and September 11, 2001.

From these facts, and from the pattern that they represent, it stands to reason that Saddam Hussein with a camel and a gallon of ricin poses significant threat to innocent Western capitalist and European socialist lives alike.

When all else fails, and when the straw-men are systematically destroyed in front of them, the European socialist viewpoint will retreat to the position that even if Saddam has WOMD, it isn’t worth going to war over, because he isn’t and has never been any threat to Western civilization.

One individual, in response to pointed questioning about President Bush, recently made the statement, “I don’t see any other threats to world peace, do you?”

And these preconceptions, in turn, are what lead European socialists to the conclusion of ‘weapons inspections ad infinitum.’ For them, the conflict between Western capitalism and Islamist fundamentalism may hold no moral value. However, their own personal convenience does have moral value, and I would suspect that this is why we hear self-righteous yet hypocritical indignation on the behalf of ‘the innocent Iraqis who will suffer and die in this war’ – as if the ‘innocent Iraqis’ aren’t suffering and dying under the current state of affairs.