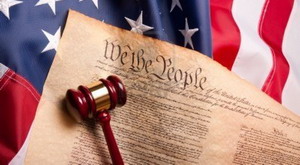 Most who receive a Sunday Newspaper know about the magazine Parade. This past Sunday in the Ask Marilyn, was a question about the Constitution.

Just to paraphrase it the author believed that if the forefathers knew that the News media would be so large, so powerful an influence of the voters and controlled by so few, they feel something would have been included in the Constitution.

They then ask if Marilyn believes that an Amendment could be written that could control the “unchecked power” and still have freedom of the press.

Since I doubt that my response will make the page anytime in the near or distant future, I thought I’d share it here with our readers.

Your reader recently posed the question on the First Amendment, to which I would like to respond.

It was suggested that the Founding Fathers would have curtailed “Freedom of the Press” if they could have foreseen today’s media. I completely disagree.

First, one must understand that the Constitution grants no individual any Rights. Those Rights are granted by God. The Constitution is merely a document that limits the power of Government. The only way for individuals to lose those Rights is for them to surrender them willingly.

Sadly we have been doing so for the last 60 odd years. Slowly and little bit at a time we have forsaken our individuality and freedom for security and charity from various levels of Government.

Second, very few, if any, amendments to the Constitution have had anything but negative results. We haven’t improved the original intent of the Constitution we’ve strengthened the power of Government.

I’m reminded of the story of while Jefferson was President and a French Emissary came to visit and remarked on the very negative stories running in the press about the President. He asked how he could allow such things to be published. 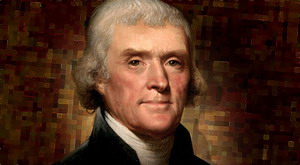 Jefferson told him if the press doesn’t keep an eye on “us” who would?

The so-called Bill of Rights, the first ten amendments to the Constitution were enacted because the Founders didn’t trust men, in Government, to stick strictly to the 13 enumerated powers granted to the Federal Government.

One has only to look at the expansion of powers today to see how correct they were.

To see what happens once you allow amendments to curtail freedom one can look at any media. In D.C. the Second Amendment is, for all intent and purpose, suspended, yet it is the murder capital, per capita, in the country.

Until the 16th Amendment there was no power granted the Federal Government to tax the individual. Now those who succeed in this country are punished by outrageous tax percentages.

Until the 17th Amendment Senators were appointed by the State Government as the voice of reason and a cooler head, free from the “knee-jerk” reaction of the voter. Now they are simply a 6 year term House of Representatives.

While it is to the shame of the media that they report ideology as fact instead of fact for the sake of knowledge it is to our discredit that we accept such shoddy work.

It is up to each American to search out the truth. To read various views on the same story or issue and not rely on a single source. Any Amending of the Constitution becomes a danger to individual freedom as does loose interpretation.

To paraphrase Ben Franklin; When you trade freedom for security you get neither, nor do you deserve either.