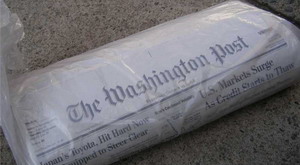 “On a nearly party-line vote, the House passed a budget that includes $1.4 trillion in tax cuts, $726 billion of which are protected under Congress’s “reconciliation” process. To make a long story short, the protected tax cuts will in principle be easier to pass because Democrats will not be able to filibuster them in the Senate.

The GOP budget also includes $265 billion in cuts for veterans’ programs, Medicare, Medicaid, food stamps, student loans and a slew of other matters”

Now I haven’t seen the bill, but I am almost willing to lay money on the fact that there was not a single CUT in the budget package.

I’ll bet that in fact spending was increased. It simply wasn’t increased by 10 or 15% so to liberal socialist like Dionne, the social spending received a “cut”.

He claims that the GOP attempted to slide this through under the fog of war. I saw it reported elsewhere, so it wasn’t too much a slide and even if it was, it’s better than the out right lie that Dionne puts in his Article.

“Kerry said that, after talking to foreign diplomats and world leaders recently, he had concluded that “it will take a new president” to repair the damage Bush has done because other leaders are not “going to trust this president, no matter what.”

I notice that Kerry declines to name these “foreign diplomats”. I want to know just who these Countries are, if they actually do have this trust problem.

It’s almost certain that if this conversation took place it was with the Coalition of the Unwilling, i.e. France, Germany…etc. If it is the case that the weasels are the ones with the complaint, then Kerry is doing nothing more than telling us what we already know and could care less about. BTW Mr. Kerry, if you’d been paying attention for the last few years they don’t the US no matter who is in charge. Actually it’s more a case of envy than it is a matter of trust.

But to call the Administration a regime, and use it in the same sentence as Saddam’s regime, is about as uncalled for and low down as one can get.

Kerry may have once wore the uniform, but he’s certainly forgotten why he did so.

Sounds Fishy to Me.

I saw a good piece last weekend on how the Bottlenose dolphins are helping to clear mines so humanitarian aid can reach those in Iraq that need it. These dolphins can dive and return at depths that would give humans the bends and they are better at finding the mines than our equipment is. So far dolphins have found 22 mines. They drop markers near the mines so humans can either blow them or disarm them. Sounds like a great deal and cooperation between trainer and dolphin.

The first thing I told my better half was “Watch, bet PETA is complaining about this in a matter of days”. I know, easy bet to win. Just like PETA, a no-brainer.

Sure enough, yesterday PETA complained to the Sec. Of Def to stop being cruel to these animals. These people are morons, (and if the membership claims aren’t inflated, I mean all 750,000 members are morons). It signifies to me that 750,000 people need a job, a life or both.

Can you imagine were man would be if these idiots had been around since man began? We’d still be walking around naked, eating nothing but berries, nuts and roots.

It’s enough to make you wish that a MOAD could go off course and land on their headquarters. Idiots, socialist and communist, the world would be a better place with them.