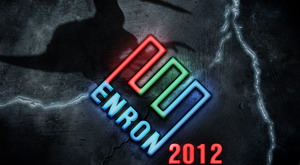 Seems the more I read the less Enron is political. Obviously Mr. Gephardt is reading something other than the normal media reports since Tuesday night he flatly stated; “If the Nation’s largest bankruptcy coupled with a clear example of paid political influence isn’t a prime case for reform, I don’t know what is.”

And what influence is he speaking about? Not a single individual jumped in and saved Enron from going under. Not a single penny was offered to bail them out. Sounds to me like Enron has as much “influence” as I do.

Leftoids are all a-buzz because The Nation is reporting Enron Memos a “Smoking Gun”. Of course The Nation is still counting votes in Florida so only uninspired read that stuff or believe it to begin with.

Perhaps Mr. Gephardt is referring to the meetings over the energy plan? Would that be something like the NEA getting to undercut needed changes in our Education System, like school vouchers? Or perhaps like trial lawyers getting to chime in to Hypocrats to kill any chance at Tort Reform.

Let’s face reality here. The chances that either Party is going to pass a law that limits the amount of money they can get their hands on is about as likely that they will vote themselves a pay cut.

Oh sure, they may bring up something that sounds like reform, but pennies to dollars you’d be able to drive a Mack Truck through the loopholes.

…To the State of the Union, given by Mr. Gephardt, was filled with more than just a slap at the President over Enron, it was also filled with a sufficient amount of B.S. to grow a thousand acres of corn.

He claims to want to work with the President to, among other things, cut wasteful spending. Wait a minute here, who’s this guy think he’s fooling? This is the same individual that calls a 5% increase in spending a Budget Cut.

He once again calls for bi-partisanship efforts. Reality time; to Hypocrats bi-partisan means you go along with what they want. Anything else is partisanship.

…The State of the Union Speech, well written, and well delivered by the President.

I’m sorry to say I am disappointed in the continuing expansion and intrusion of the Federal Gov’t into the School Systems of our States. Somehow people just don’t seem to equate the decline of the Education System with the expanded role of the Fed.

I am surprised that the President is “proud” of an Education Bill that ignores the needs of those trapped in the poorer school systems in this Country and ignores their wishes and support for school vouchers, (If THAT isn’t a clear case of paid political influence, (by the NEA), I don’t know what is).