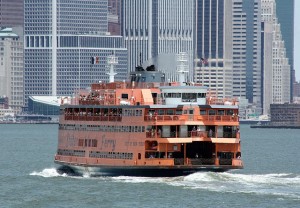 Aside from the gorgeous waterfront that awaits you in Staten Island, there is also a colorful mafia history that makes the borough even more exciting. Staten Island is one of the five boroughs of New York, along with Queens, The Bronx, Brooklyn, and Manhattan. These cities are very exciting because you’ll find various mixes of culture that can keep you on your feet. The Mafia history of New York is also very famous that it got adapted into several movies, T.V. shows, and video games. The gangsters of New York are divided into five families, and most of them have influences in Staten Island until now.

The five families started dominating New York way back to the 1930’s. These Italian-American Mafias have been responsible for organized crimes since then and have been governing Mafia activities not only in the United States but also in Canada. The five families were previously supervised by Lucky Luciano and Meyer Lansky.

The names of these gangsters were revealed when Joe Valachi was arrested in 1959. He gave the names of five Mafia bosses at that time. The families were then identified by the names of the five bosses that Valachi mentioned to authorities. The bosses were Vito Genovese, Gaetano Lucchese, Carlo Gambino, Joseph Colombo, and Joe Bonanno.

Today, the five families are named as the Gambino crime family, Genovese crime family, Bonanno crime family, Lucchese crime family, and the Colombo crime family. Each of these mafia groups operates mainly in the five boroughs of New York, but they also influence in the Metropolitan area. If you are going to visit Staten Island, you might want to see the famous Godfather mansions that are too cool to be true. One of the mansions is located on Benedict Road and was built by Paul Castellano, the late Gambino godfather.

There are a lot of places to see in Staten Island New York and a lot of Mafia history to discover. The inviting atmosphere of this borough is calming, and its colorful history will make you feel like you are in a real-life action movie. If you want to know more about the five families that influenced New York and the whole United States, visit Staten Island and see historical places for yourself.