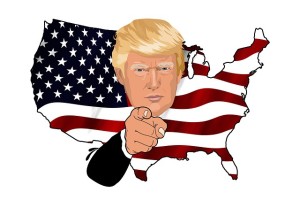 Estate planning has received a new set of changes after Donald Trump’s election.

With a Republican majority and a different idea of what constitutes “estate planning,” Donald Trump has started to initiate dialogue about changes. A lot of discussions are taking place to make changes based on what the federal government regards as being important, and this might include undoing some of the changes made under Obama’s administration.

This will include general federal regulations and gift tax laws.

What are the Republicans hoping to do with their newfound power?

They are looking to repeal the current estate tax that is present. The current regulations state the average estate can be listed at under $$5,490,000/person and after that, the tax rate increases up to 40%. Trump is not looking to take this direction and wants to increase the number and get rid of the underlying tax rate.

In recent times, he has come up with new changes involving estate planning and setting up a 10 million dollar ceiling for when the assets are taxed. This is almost double the current number and would essentially get rid of the “death tax” as mentioned by financial experts.

For those who have larger estates, they would not be allowed to set up private charities as a way around the regulations.

This is where the Trump plan might start to create loopholes. According to financial experts, the plan would lead to gifting at a higher level as a way to get around Trump’s new regulations. The idea is to use appreciated assets as gifts to avoid taxation at the top rate.

This should continue well into the next generation of estate planning and is something everyone is on the lookout for.

What should the average person be doing when it comes to estate planning?

Is it time to get started now before the regulations go through? Or is it best to wait things out? It is always smarter to make adjustments right now instead of waiting for the rules to change and become out of your control. This is recommended by most financial experts because the stability of the current set up is far easier to depict and is going to make it easier to get things done properly.

For those who are on the fence, it is best to speak to a financial advisor as soon as possible.