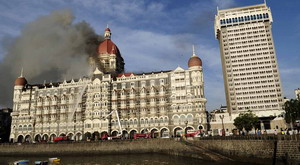 Let’s take another critical look at this war against terrorism and the spin about the religion of peace (re: Islam) at least from this, your humble servant’s point of view.

When the Vietnam war was raging one single photograph of a South Vietnamese officer shooting a Viet Cong in the right temple with a snub-nosed .38 was instrumental in turning the tide of American public opinion and helped greatly, in it’s negative PR effect, to end that war. We, as a people, were not able to stand that degree of ruthlessness or the atrocity level represented by that single action. As a result, we were unable to phantom even the possibility of our nation supporting a political group that might contemplate such a cruel deed. Never mind that the action was entirely justified, it simply rubbed our Christian-based Western susceptibilities much too raw. Our sense of decency and fair play was challenged and proved to be more important to us than a war being waged against the biggest and most monstrous political idea to come down History’s pike. Yes, Communism is much, much more virulent than Nazism ever was and, I believe, this has been proven by it’s ability to outscore Hitler’s most creative atrocities by several millions of victims. And, yet, all of that horror was overshadowed by that one brutal act presented to us by every major news media in all its gruesome detail.

On the other side of the decency spectrum we have Islam, “the religion of peace”. They have done much worse than anything we dreamed of in Vietnam and they have been doing it for centuries. They kill non-combatants as a matter of course and no one seems shocked by it. Muslims execute their women by stoning them, they chop off hands and hang people for petty crimes. They teach their own children to strap bombs to their backs and to blow themselves up in crowded pizzerias, discotheques, buses or any other place where “enemy” civilians, might congregate. They have often killed the elderly, children and pregnant women, they kill and maim college students, some of them foreigners. No target is too innocent or too weak, no victim too sacred or too void of any responsibility whatsoever for anything they claim as the reason for their anger and their attacks. 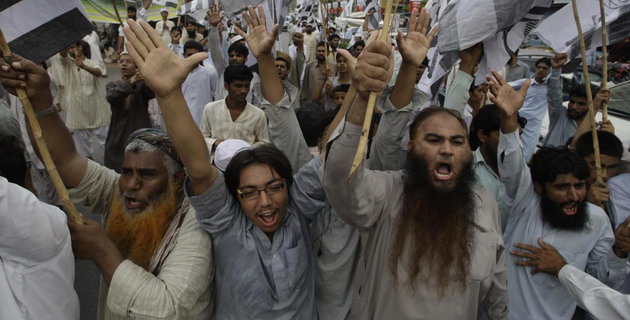 Islamists go as far as rewarding suicide murderers with pension plans for their surviving families. Their terrorists are treated not as criminals, like ours would be, but as heroes and they are promised by their religious leaders eternal glory next to Allah with lots of sex with many luscious young virgins. Young girls seem to have been the preferred form of sex for the founder of “the religion of peace” (re: Mohamed, the Prophet) and it is now a principal element of the reward package for Muslim terrorists. Yep, they like ’em young when they mount them and they like ’em young when they kill ’em.

There is a huge cultural difference between Judeo-Christian Americans and Muslims, particularly non-American Muslims because, interestingly, the victim of that much publicized execution in South Vietnam was a known Viet Cong terrorist…key word: terrorist.

And, yet, none of the constantly available and horrific pictures of Muslim terror seem to turn the world’s stomach as well as the one of that Viet Cong terrorist being shot down like the rabid dog that he was. Even the scenes from 9/11, the planes crashing into the buildings not once, not twice but three times, the carnage that ensued, the bodies being carried out of the rubble, the desperate people jumping to their deaths or the awful sound they made when their bodies burst on the sidewalk seem to equal the perceived atrocity of the one single moment in South Vietnam when one non-Christian, non-American officer drew his pistol and, with ample justification, shot a murdering communist terrorist to death in front of a fast reacting Western photographer.

That it is permissible to do anything as long as it is being done to a) an American, b) a capitalist, c) a Christian, d) a Westerner and e) a Western, Christian, American capitalist.

That minority non-Christian tyrannies are always justified and condoned for doing anything to anybody as long as they are not being actively supported by the US. In lieu of what the Palestinians get away with daily and what the Vietcong got away with during the Vietnam war, that now famous South Vietnam officer’s only real offense apparently was to do what he did while being sponsored by the US and, perhaps, for using an American made S&W handgun. It is fair to wonder if he would have been nominated for a Nobel Peace prize if he had worn a turban, used some C-4, and had killed the man’s family instead while invoking the name of Allah. Why not…? Arafat did just that often and he got his Nobel prize.

It also shows me that the expectations for what America does are way over-blown when we compare them to the world-wide expectations of what others, especially America’s enemies, do. This is, of course, highly unfair. While we spend millions developing more accurate, less indiscriminate weapons, warning our enemies of attacks, caring as much as possible for the prevention of unnecessary civilian casualties and rebuilding those that we beat at war. While we wage those wars with outmost concern for proper conduct, punish our own faults when committed, take immense care not to do too much damage or cause too much pain, our enemies are never hampered by such dramatic or romantic foolishness. They are free to maim, hurt and terrorize civilians. They can use any means at their disposal, they can kill whomever and whenever they wish, they can steal, lie, burn and conduct mass murder of their own people using the most heinous devices and systems. And, they can do all that with absolute impunity and, in some cases, with rewards like Nobel Peace Prizes, adulation by our own Hollywood elites and “honorable” politicians and with heavy international admiration and recognition.

So, I ask candidly, is Islam really the religion of peace or is it just the religion that happens to be currently waging war against America and what America stands for? Is America really the heavy handed imperialist power that it is made up to be by the rest of the world and by most of our own journalists, or is America simply the best demonstration of what the world could be without socialism? Are we waging a political war, a cultural war or a religious war?

Or, on the other hand, is it all really a religious fire fueled by a huge cultural divide that is being used to fight another more nefarious political battle? Are Arafat and bin Laden really behind it all or are they just puppets of the anti-American charmers who are really pulling the strings?

Is the world really as we see it or is it as we don’t see it…?

Ever since FDR I have wondered if American foreign policy is really that stupid. I mean, how can the world’s most technologically advanced nation make such incredibly large foreign policy blunders? Only Reagan seems to have gotten a handle on this issue with some positive results, but, truth be told, he had to do it against great opposition by our own people and our own leadership. Why? How come these seemingly smart and able politicians are so blind to the world’s realities? How can our leaders be so…so dumb?

A magician, a prestidigitator, depends on all the contrived action, attractive assistants, jokes and smoke that he performs around the trick to actually charm us into looking elsewhere while he performs his “magic”. What he does with his right hand is not significant; it is what he is doing with his left that produces the rabbit. Oh, and, by the way, what he does is not real, it is just a charmer’s trick. Remember this fact every time you bother to evaluate the public actions and stated promises of nearly all of our professional politicians. They are, after all, the best charmers of them all and our beloved democracy is the stage upon which they perform their trickery.