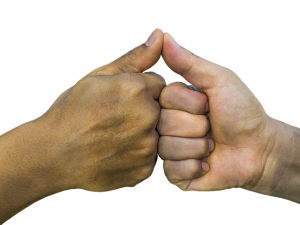 Quid pro quo is a Latin phrase or saying. It literally translates as to either “this for that” or “something for something.” It often means an exchange of services for goods, with the implication that the transfer of one is fully contingent on the transfer of the other.

In the English-speaking world, the term often means an exchange of favors. English phrases that have very similar or identical meanings include “tit for tat” or “give and take.” A common saying is ‘you scratch my back, I scratch yours.’

In the realm of common law, the term quid pro quo establishes that a service or item was traded between parties in return for something else of value, and often when the equity or the propriety of the transaction itself was questionable. Contracts invariably have to include consideration, meaning the exact exchange of two things of value. For instance, when you go to the store to buy a dozen eggs, a specific sum of money has to be given to the cashier before you have actually purchased the item. So, the store has received something of value, but they’ve also given something that you and they agree is equal to its value.

In the realm of United States law, exchanges that seem to be lopsided might have their quid pro quo questioned. Courts might actually decide that if a quid pro quo is not really balanced or valid, then a contract is actually voided. In cases of business contracts that are considered to be quid pro quo, a negative connotation is often assumed, because there are precedents where a big company would cross lines and ethical boundaries so that they might join other big companies in agreements that are mutually beneficial. In such arrangements, big sums of money exchange hands, and often lead to things like distorted economic reporting to make a company look good or indefinite exclusive partnerships to squeeze out competition.