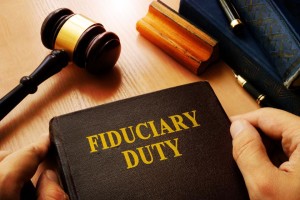 Modern lives are managed largely by digital assets. A few generations ago, most things were handled using tangible assets, but the ways that people interact and conduct their business has changed, a lot.

Documents that were once on paper are now stored online in the ‘cloud.’ Photographs don’t get printed and put in albums but uploaded to a website or social media. Music isn’t played on tapes, records, or compact discs, but downloaded. Phone conversations now happen in text messages, and the art of letter writing has been lost to email. Living digital is how it is now.

Your online accounts through various computers, smartphones, and other electronics are actually something of accumulated value, given the substantial electronic data, and it grows every day. It’s not just a goldmine for advertisers, as some of these things have serious value. Entropia Universe is an online gaming platform most have never heard of, but someone sold a virtual space station on it for $635,000. A few years ago, McAfee estimated that an average United States citizen has personal digital assets worth around $35,000. That doesn’t even include ones that might be cherished the most, such as videos or photos of family and friends.

Fiduciaries today face a complex world where many assets that once came in tangible forms are now only in digital forms. That ranges from bank statements, tax returns, and letters to things like literature, music, and art. Also, such digital content is often on servers which were not under the ownership or control of a decedent.

Anything from banking to social media happens on sites that are password-protected, and they’re used daily for both business and pleasure, all under the guise of secure access. However, what happens if that assurance of security keeps someone out if the user dies or is incapacitated? It’s critical that everyone develop a legal plan to give a trusted party fiduciary access to such digital assets if they die or become unable to care for themselves, especially if they live in San Antonio. Controlling your digital afterlife can be just as important as controlling your digital life.

The Fourth Amendment of the United States Constitution provides for a right to privacy for many things, and that is what allows you to have password-protected account security in many cases, although it also might prevent someone you love or trust from getting access to things should you fall ill or pass away. Technology has far outpaced government regulations and legislation about this, so it’s up to each person to put a plan in place for loved ones to get access to banking records and resources should they need them.